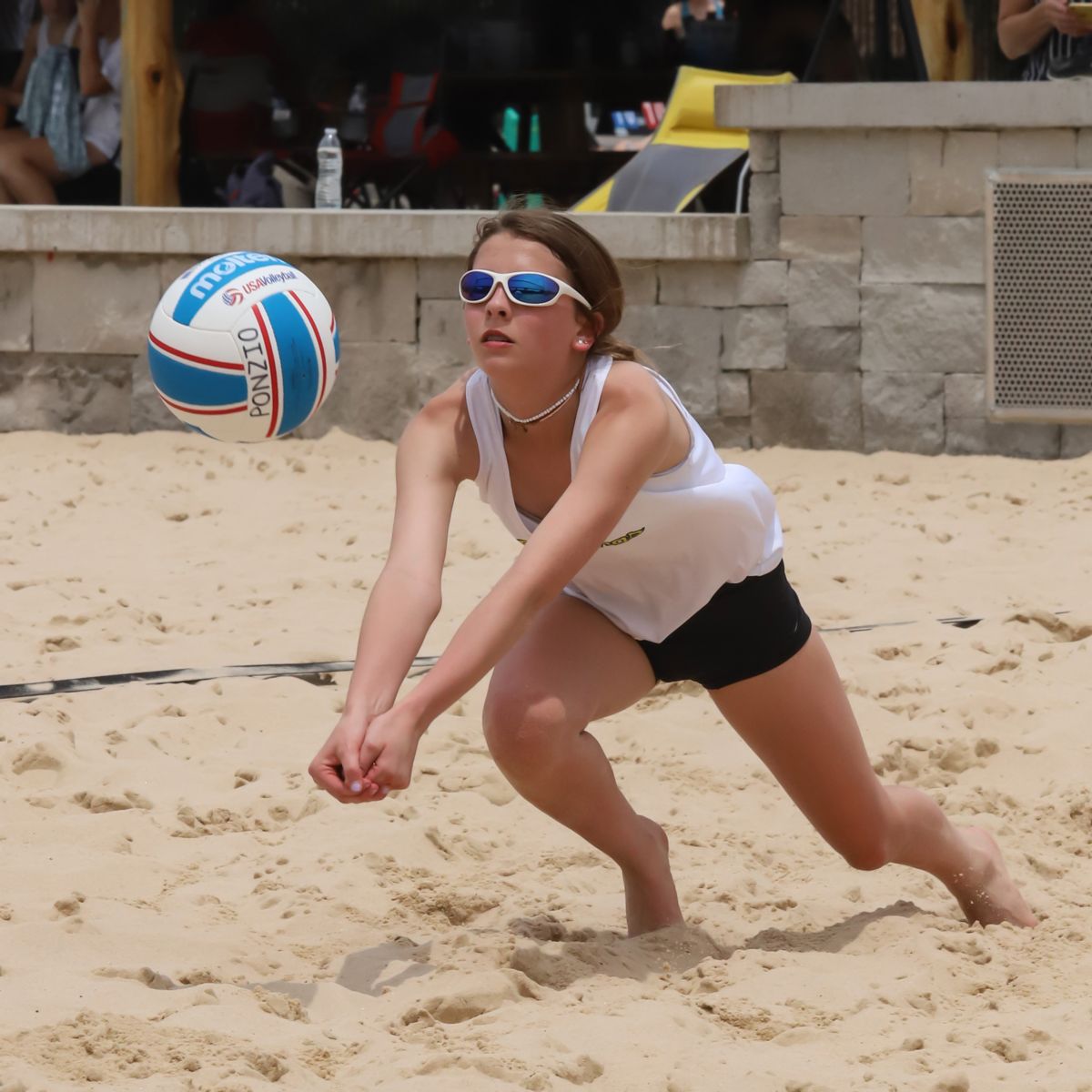 You must register for all tournaments through our online registration system which offers the ability to register and pay online.

Single Elimination Bracket Play.  All teams usually go to bracket play but we may have to subdivide age groups based on court availability and time constraints.  In the event teams are tied after pool play, the teams will be seeded based on head to head then point differential – no play-off sets.  Bracket play is single elimination with teams playing one game to 21, win by 2 but cap at 25.  We may make adjustments to scoring in bracket play (i.e. do best 2 out of 3) based on number of teams registered and time constraints.  We will make all efforts to complete Pool play and bracket play in approximately 4 hours.

Deciding Serve or Receive.  Rock, paper, scissors determines right to serve or to receive the serve.

Required Number of Players.  A team may play with five players in the 6×6 format, three players in the 4 x 4 format and with two players in the 3 x 3 format but note with coed division, rules apply with respect to number of genders required on the court. No substitutions are allowed with 2 x 2 format.

Service.  Server rotation is required. Teams may not attack a serve. The service line is the back-end line on both sides of the court and runs the length of the end line. No screening is allowed, (blocking path of vision to the server). The ball may touch the net on serve as long as it goes over the net.

Time Outs. Each team is allowed one thirty second (:30) timeout per game. Time out may be called prior to server receiving ball on either side of court (between plays).

Referees.  Sand volleyball is self-managed.  For youth tournaments, we require youth to ref/score matches per a determined schedule.  For family and adult tournaments, we often waive this requirement.

Ball in Play.  Each team has up to three contacts at the ball before the ball returns to opposing team’s side of the court; blocks do not count as a contact in all divisions except 2×2 where the block does count as first contact. A player may not contact the ball two times in a row. Two players may contact the ball at the same time; however, it is considered two hits. You cannot lift, double contact or throw the ball. A double contact is only allowed on a hard-driven ball. On the service receive a “Single Contact” is required when playing the ball above the shoulders.   Technically you can receive a serve with your fingertips (“set the serve”) if perfectly clean but since this is primarily a self-ref sport and too subjective, we do not allow you to set the serve.  You can spike, roll, fist, knuckle or cobra a ball with your hand but you cannot push, tip or throw. If you set the ball over the net, the ball must travel directly in the path the shoulders are facing, with back or front (no deceptive setting).

Our courts rarely rain out if heavy rain prior to start of a tournament due to its great drainage system.  However, we postpone tournaments if heavy rain and/or lightning during tournament and sometimes cancel tournament depending on how long the heavy rain and/or lightning will last.  Any notice concerning a rainout or other tournament cancellation or postponement prior to the start of the tournament will be emailed or texted to the team leader, whichever he or she prefers AND posted on Dallas Starlings home page (right sidebar – “Weather Updates”) as soon as a decision is made.  If you have not received notification and unsure of the status, please call (214) 641.8811 or check the Website again before heading to the playing facility for your games. We will strive our very best to provide you as much advance notice as possible but please keep in mind that weather is very unpredictable so we may not be able to make a weather decision until closer to a scheduled tournament time.  In the event a tournament has to be cancelled prior to the start of the tournament and the tournament cannot be rescheduled, all tournament fees will be refunded.

Uniforms are not required. Players must play barefoot or use some approved sand sock.